The process of changing the ownership of the Terra Mineralna Gnojiva, which has a 54.52% share in Petrokemija, has started 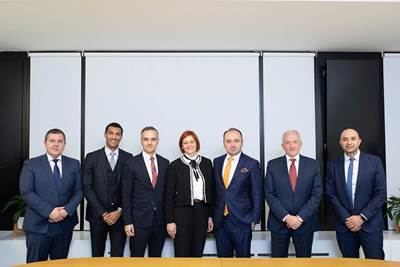 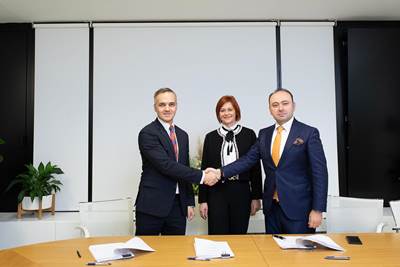 Zagreb, November 10, 2022 – The process of changing the ownership of the Terra Mineralna Gnojiva company, which has a 54.52% stake in Petrokemija, the only Croatian mineral fertilizer factory, began with the signing of the Sales Agreement with the Turkish YILDIRIM Group. The change of ownership and the completion of this process will occur after the conditions from the sales contract are met.

The process of assessing Petrokemija's operations and key indicators, the so-called due diligence, and negotiations lasted a little over two years.

Terra Mineralna Gnojiva is a partnership company owned by PPD and INA, which entered the ownership structure of Petrokemija on October 31, 2018. Petrokemija was recapitalized, i.e. a payment of HRK 300 million, of which companies paid HRK 150 million each. In this way, bankruptcy was avoided and the period of stabilization and recovery of Petrokemija began. From 2018 till today, the company has gone from HRK 500 million in losses to operating with a profit.

The new owners of the company restructured and optimized the business processes, the business model was changed, which now follows the needs but also the market trends. Organizational, business, and financial restructuring was carried out. From 2018 until today, the owners have not paid themselves a dividend. All the profit has been returned to the company with the aim of further development and maintaining employment.

Due to the high gas prices, Petrokemija stopped production this year. Despite this fact, there were no employment terminations and salaries were regularly paid while all rights from the collective agreement were respected.

Today, Petrokemija is ready for further business development and deserves a partner who knows the market of mineral fertilizers, brings new knowledge, and guarantees future development, and opens doors to new markets and products.

YILDIRIM is a global industrial group which is active in 9 sectors: metals & mining, port management, fertilizers & chemicals, energy & power, shipping & logistics, energy commodities, international trade, construction & real estate, and financial services. The foundations of YILDIRIM Group date back to 1963, and the group has continuously broadened its focus through new subsidiaries since its establishment. By entrepreneurship and constant innovation, it has evolved into an industrially diversified group of companies.

YILDIRIM is a family-owned business, held 100% privately by the YILDIRIM Family. Brothers Ali Riza and Robert Yuksel Yildirim are the second generation of the family, and they are managing the company’s operations since 1995. The company completed its first international acquisition in Sweden in 2008. Following the breakthrough, YILDIRIM Group has grown to become a global force with operations in 54 countries on 5 continents, employing more than 18,000 people. In 2015, Yildirim family established the Garip & Zeycan Yildirim Foundation, committed to social responsibility through projects in education, health, and culture.

Everyone involved in the ownership changing process hopes for its successful conclusion. If these expectations are met, the new co-owners will introduce themselves to the people of Kutina and the Croatian public.

The remaining ownership share in Petrokemija is distributed among CEPR that owns 17.9%, 12.73% is held by HPB custody account on behalf of the Fund for Financing the Decommissioning of the Krško Nuclear Power Plant, 9.09% by Janaf, and 5.45% by PBZ custody account. Petrokemija owns 0.08% of the shares, and the remaining shares are owned by small shareholders.